Techykids.com is an online educational platform for kids to be inspired with a blend of robotics, creativity, technology, and invention. We have online classes that can be used at home or in the classroom or for camps.  Techykids.com is the US distributor for the Thymio educational robot and contains student projects created with the TechyKids Learning System.  Educators can also use the original and kid tested curriculum to power their classrooms.  Kids can learn online or participate in on of our programs in the Bay Area!

Techykids.com is located in Menlo Park, CA and is founded by Sharon Marzouk, an avid technology and robotics educator in Silicon Valley, with years of experience teaching kids of all ages.

If you have a question, you can contact us at info (at) techykids.com 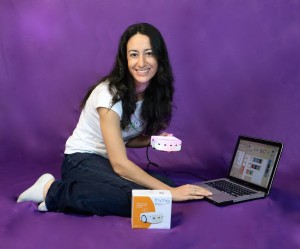 Sharon Marzouk is the CEO and Founder of TechyKids and has a passion for creativity, making, and design thinking. She is an entrepreneur, mechanical engineer from Purdue University, educator, and product designer. Since 2010 she has led many premier technology programs for kids around the San Francisco Bay Area including at Woodland School, The Tech Museum, Hack the Future, Wizbots, and Willow Garage.

She developed TechyKids in parallel while working as the K-8 Technology Instructional Coordinator and Teacher for Woodland School .  She is an active yearly exhibitor and presenter at Bay Area Maker Faire and the Robot Block Party.  She partnered with Willow Garage to develop and lead the PR2 program at The Tech, an exhibit to teach kids how to program the $400K research robot.  She plans to continue growing TechyKids.com to encourage robotics education and provide resources, products and educational material to kids and parents.   She herself is a lifelong artist, maker, learner, and educator, and believes in the empowerment of the individual and the power of thoughtful collaboration.

If you would like to read more about the story behind founding TechyKids, you can find it here.

Founder Sharon Marzouk’s Tedx Talk in 2017 about The Future of Education:

Check out her journey through educational robotics here, and how she uses Thymio in her classroom: 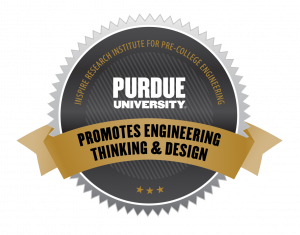 Other Press about Thymio Robot:

Thymio II Robot will soon be Appearing in Classrooms