Technology workshop of a different kind

When one hears the words “technology workshop” one might imagine workstations, cutting edge technology and a group of people of similar skill levels and objectives coming together to learn more. On Sunday, March 11th people from the Belle Haven neighborhood in Menlo Park attended a different kind of technology workshop. It was funded by the City of Menlo Park, organized by Sharon Marzouk, Belle Haven resident and founder of TechyKids and conducted on the Facebook campus. 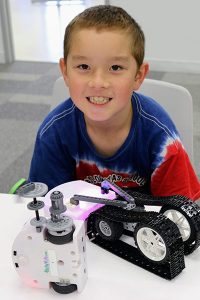 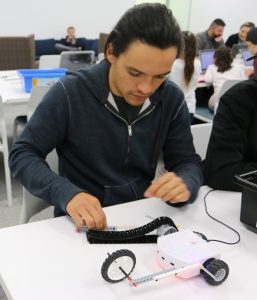 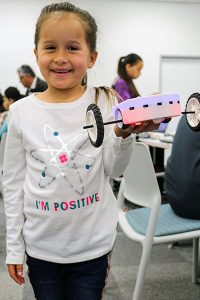 The workshop was open to anyone 6 – 103 years of age. Families attended the workshop together. Everyone was provided with their own workstation and robot and was given a list of three project to choose from. They were given their own personal account and learning path on the TechyKids system.

One may wonder, how DO you keep a 6, 15, 35 and 60 year old engaged at one workshop. The answer lies in the beauty and modularity of the TechyKids system. For the teen that had already mastered the basic programming language, an advanced programming language module was added to their learning plan in a few seconds and this was sufficient to keep him occupied and challenge him to try more complex programming. For another teen who was more interested in 3-D modeling but had struggled with it so far, a TinkerCAD learning module was added to their learning path and he spent the rest of the workshop designing a beautiful crossbow, now having understood the concepts well. The

re were many families of two or three that chose to work together. They watched the videos together – in some cases moms or dads helped the child and in other cases it was vice versa! Most participants enhanced their creations using 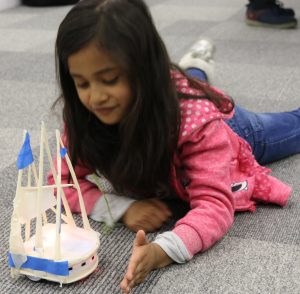 of the workshop, all groups had a project or deliverable that they proudly presented, showing off all that they learned that day. Unlike other project based learning settings, no two projects looked the same. 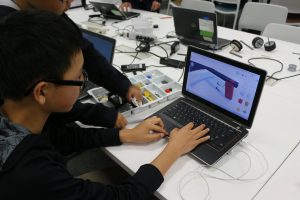 Overall it was a successful and fun workshop with 90% of participants responding that they would like to come back. Using a foundation of a

platform like TechyKids that provides both structure and flexibility this experience goes to show that a community that learns together grows together!

More Photos and Video from the Event: https://photos.app.goo.gl/WngHUSn0fIyi21zQ2