Congratulations, your Thymio II has been upgraded!

3) To get two Thymios to interact, put Thymio’s in preprogrammed green mode and then put them infront of one of another.

We suggest that you take the 2 minutes to update your robot to improve your experience! 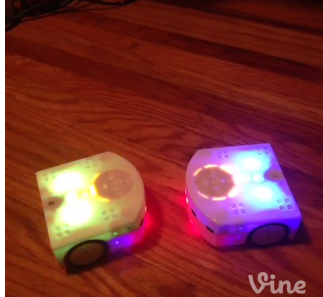 Version 9 and higher of the firmware (learn more about the firmware here) allow you to change the basic settings of your Thymio without having to connect it to a computer. In the behaviour-selection menu, simultaneously touch the left and right buttons for 3 seconds (see picture) to enter the settings menu.

Then choose the setting you want to adjust. 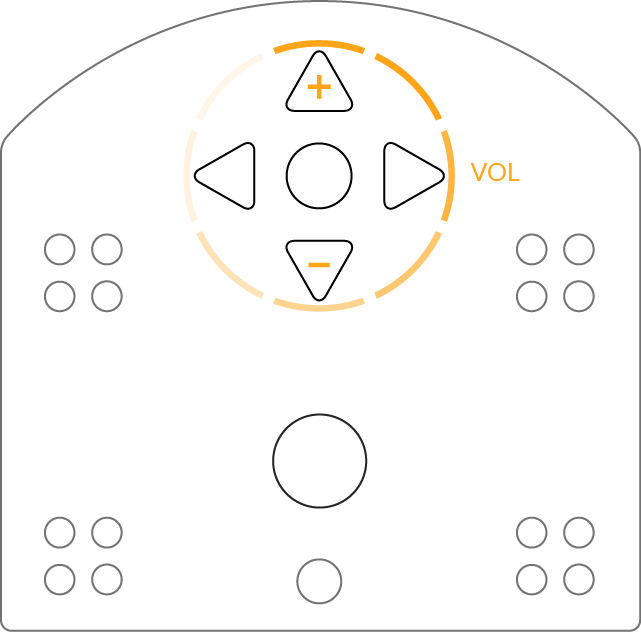 In this setting mode, you can calibrate the speed of the motors. Indeed, because no two motors are exactly the same, the same power level may result in different speeds. This page provides a procedure to calibrate the motors on your robot so that it will travel straight.

The calibration is supported starting from firmware V.9 in the setting mode. If you have an earlier version,upgrade the firmware of your robot.

Print this pdf file and tape it to a table or to the ground. (print the file on two A4 pages at 100 % and tape them together; alternatively, print on a single A3 page.) Place the robot between the lines and run the pre-programmed obedient (purple) behaviour, which enables you to control the forward speed of the robot. If the robot remains between the lines for 40 cm, calibration is not needed; otherwise, carry out the following procedure:

Here is a video showing a calibration example: